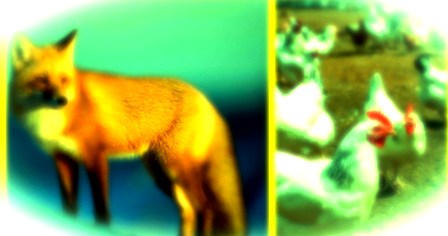 It is a bit difficult to understand why the Internal Working Group (IWG) of the Reserve Bank of India bats for banking licenses to business houses in its recent report. While the report makes several recommendations – including allowing some Non-Banking Financial Companies (NBFCs) to become banks, a higher limit for both promoter and non-promoter shareholding in banks and new capital norms for different entities – the one on allowing corporations to get into banking has predictably drawn the most attention. Especially as it mentions in the appendix that all experts except one it had consulted were of the opinion that large industrial/corporate groups should not be allowed into banking.

The report does not sound particularly convincing while making its case for allowing corporations to get into banking. Equally importantly, it gives little reason why this recommendation is being made at a time when the banking and financial sector is going through particularly troubling times. It gives the justification that corporate/industrial houses can be an important source of capital and bring in management expertise and strategic direction to the banking sector. It acknowledges the many worries about corporate ownership of banks – moral hazard, concentration of economic power, misallocation of credit and conflicts of interests. But then it suggests that the Banking Regulations Act may be suitably amended to put in safeguards that prevent such issues from cropping up.

What the report chooses to ignore is that banking history has too many examples of corporate ownership in banking creating all sorts of problems. As former RBI Governor Raghuram Rajan and former Deputy Governor Viral Acharya have pointed out in their blog, corporate ownership of banks in the past has not led to good outcomes. “The history of such connected lending is invariably disastrous — how can the bank make good loans when it is owned by the borrower? Even an independent committed regulator, with all the information in the world, finds it difficult to be in every nook and corner of the financial system to stop poor lending. Information on loan performance is rarely timely or accurate. Yes Bank managed to conceal its weak exposures for considerable periods.” The same point has been made in an Indian Express column written jointly by Shankar Acharya, Arvind Subramanian (both former Chief Economic Advisors to the Union Finance Ministry) and Vijay Kelkar (former Chief Finance Secretary and Chairman of the Thirteenth Finance Commission).

As the cases coming to the NCLT for bankruptcy proceedings have shown, the ability of India’s biggest corporate groups and houses – from Essar to Videocon – to get easy loans despite growing problems in their companies has never been difficult. Businessmen have been quite persuasive in getting banks to throw good money after bad on projects long after these have gone sour, and often without adequate collateral.

This has been the case with both government owned banks as well as aggressive private sector banks such as Yes Bank and Lakshmi Vilas Bank. If the corporation actually owns the bank, the problem will only become worse, something the IWG report ignores.

The bigger puzzle is why the members of the group felt it necessary to make this recommendation at this time when the banking and financial sector is already going through an unprecedented crisis. Over the past few years, the RBI has had its hands full trying to put out one fire after another.

Though the central bank, in the past, has acquitted itself rather well each time a crisis struck – including the 2008 global financial meltdown triggered by the Lehman Brothers collapse – its ability to deal with problems is coming under increasing strain. By and large, the RBI has been helmed over the years by excellent governors and boasted of a galaxy of talented people all the way down the line. But as an institution, its supervisory capacity has failed perhaps to keep up with the increasing workload and complexity of the banking and financial system it is tasked with monitoring.

In the past five years, it has had to deal with, apart from the overstrained balance sheets of too many public sector banks, the problems of Yes Bank and Lakshmi Vilas Bank, the NBFC problems in IL&FS, DHFL as well as problems with several cooperative banks and increasing incidents of banking fraud. In several of these cases, the banks and NBFCs managed to keep the RBI in the dark about their growing problems for quite some time before things blew up in public. The Covid crisis will further exacerbate the problem as NPAs are expected to rise throughout the banking system. Over the next six months, we might see more collapses in the NBFC sector and more troubles in the weaker banks.

The RBI has been trying to get its supervisory act together. It re-jigged its supervisory and regulatory departments from November 1, 2019 to streamline the functions. But it still probably does not have adequate manpower to strictly supervise and regulate all the entities it is supposed to keep track of.

The IWG members may have been prompted by the fact that most corporations and business groups already have very large non-banking financial corporations, which are not as tightly regulated as banks. Therefore, allowing them to turn into banks could possibly make the supervision better. And many of these NBFCs depend on banks anyway for quite a bit of their capital.

The problem is that most NBFCs are also non-deposit taking entities – and therefore they do not play directly with the money of depositors. (Though they do so indirectly if they are tapping banks for funds).

The other possibility is that the recommendation may have been prompted by the need of the government to sell some PSBs. Allowing big corporations to bid for troubled PSBs might deepen the pool of potential buyers.  But transferring the bank from one bad owner to another makes little sense for the stability of the overall banking system.

Currently, the government forces its banks to take many decisions that are not commercially prudent in order to meet its social obligations. A change in ownership is unlikely to lead to better quality of lending. And certainly one cannot imagine why a big corporation, after taking ownership of an erstwhile PSB, will be quite as gung ho about social sector lending as its previous owner was.

There is a need to have bigger and better capitalised banks for the Indian economy. Transforming NBFCs to banks, provided they are not owned by corporate houses, is also not a bad idea. It trades off allowing deposits to be taken with tighter regulation. Allowing a higher promoter holding to allow more skin the game for banks, as the IWG recommends is also an idea worth examining.

But allowing corporations in a country where they are still not tightly enough regulated to own banks is a bad idea – not matter how many safeguards you put in place theoretically. There might be a time after the regulatory systems for both corporations as well as banks are much stronger, when such a step might be feasible to consider. But the time is not now.