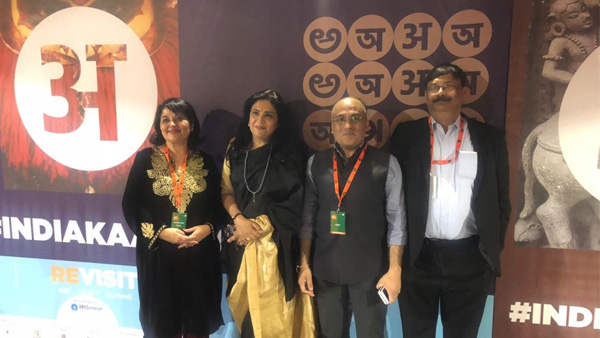 Or The Five Deadly Sins that Leads to Biased Coverage

At the cultural festival Arth, which was being held in Delhi, I was a part of the panel discussion on the topic: Does Indian Media Speak Truth to Power. It was a lively, though short, discussion and the paucity of time prevented my fellow panellists and I from covering all the points we wanted to talk about.

But the discussion spurred me to put down my thoughts on the five major issues which Indian Media is often unable or unwilling to speak the truth to the powers that be. In an era where the media is highly polarised and almost all news is being provided with a “spin” that either favours or slams the government, it is important to figure out why this happens. So here are the five reasons for the way news is often presented to readers or viewers these days.

1)     The Inherent Bias: The first big reason of course is the ideology or the inherent bias of the media owner or editor or the driving force of the publication, website or channel. There are some who are inherently pro-establishment and others that take pride in being anti-establishment. However, the real problem crops up when the media owner or editor or star journalist is not really pro- or anti-establishment but actually pro- or anti- a certain ideology or philosophy in politics. Today, a large number of Indian media personalities and owners are easily identifiable by their biases. There are those who have positioned themselves as defenders of the right. There are others who are often disparagingly labelled as Left Liberals. In an ideal world, the media should point out, to the best of its abilities, both the good as well as the bad decisions of the authorities. In the real world, that is not happening.

In the current era for example, some journalists are unwilling or simply unable to print the unpalatable truth on a decision or issue because of their sympathies and ideological leanings. So they find ways of justifying even the worst of policies, often going the extra length to figure out how to spin the “story”properly.

The other group – though currently they are small in numbers – are equally bad and often ineffective. Because they refuse to recognise even acknowledge anything good about the government or the powers that be, they have earned the reputation for being completely biased against the government or political leaders. As a result, they have become highly ineffective because the government would not take them seriously even when their arguments bear merit on a serious issue. It is the Boy Who Cried Wolf syndrome – these set of journalists have called out every trivial fault and are considered so biased that the authorities simply ignore them even when they make highly valid points.

2)     The Business Model/ Revenue Stream/ Access problem:  This one has become more acute over the past decade. Many media organisations currently highly dependent on the union or state governments for a a big chunk of their, directly or indirectly. As the economy has faltered and industry after industry has got into trouble, the dependence of the media groups on government and political party ads and sponsorships have risen dramatically. Much has been said about the BJP’s huge ad budget and also the amount of money splurged by the union government is popularising certain schemes and of course the PM. But the other parties and state governments also spend freely – Arvind Kejriwal in Delhi has figured out a way of using media effectively as has his counterparts in different states.

That apart, even where the government is not giving an ad or sponsoring an event or award, the dependence is still there. In most high profile events, commercial sponsors want to see the list of ministers who will speak or be the chief guest. And since getting the minister to speak and be the chief guest at one more event depends on keeping him happy, this automatically forces the media group or the editor to practice self-censorship at best, and be extra accommodating at worst. And that is something both politicians as well as media barons and journalists recognise. Access journalism has its perils and those perils are well known to everyone in the industry.

3)     Seduction by Power/ My Friend Syndrome: Too many mid and senior level journalists, editors and media owners fall prey to this syndrome. This is not about having one specific ideology or bias – this is vastly more dangerous when the journalist allows himself or herself to get seduced by the people they are supposed to cover, and start thinking of these people – politicians, businessmen or bureaucrats or just sources in departments and offices as their friends. One of my first bosses pointed out that a journalist needed to be friendly to his or her sources – but avoid being friends with them. Once you are friends with anyone, the natural tendency is to pull your punches so that you do not do anything to hurt their feelings. The My Friend syndrome looks a lot like access journalism but it is not. In access journalism, there is a cynicism and self interest involved. In the My Friend syndrome, the journalist’s naivety comes to the fore.

4)     Benign dictator or Vindictive dictator: Finally, sometimes even the most objective media houses with no known biases need to worry about the man or woman in power. Is the power benign – inclined to laugh off negative coverage? Or someone who is vindictive and will bring the whole might of the government and all the tools at disposal to crush the offending media person? Governments, bureaucrats and even big businessmen have a fair amount of power and weapons at their disposal. A negative story could lead to immediate reprisal – which could range from the relatively benign stoppage of government ads to the unleashing of all sorts of inspectors – tax, labour, fire, others – on the offending house or journalist. In extreme cases, it could lead to refusal of licences and generally making life difficult for everyone. This has been known to bring the strongest and bravest media barons and journalists to their knees. And the more prominent the media personality, the harsher the treatment.

5)     The News Vs Views Proportion: Finally, there is the last bit. Just how much of your coverage news – and how much is opinions. Twenty years ago, in print media, the distinctions were clear. Most of your pages were devoted to news – with only a couple of pages earmarked clearly for opinions – of chosen columnists or the editor. After television, and now with internet become major options, the news vs views ratio has got completely skewed in favour of the latter. More pieces are today opinions masquerading as news than proper news. Every programme on TV, and much of the commentary on social media on the recent CAA/ NRC was actually editorials rather than solid reportage. And therein lies the problem.