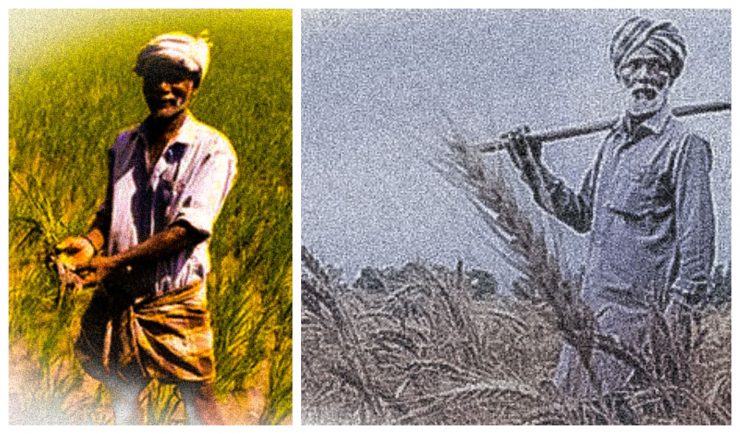 The asymmetrical equation between the powerful buyer and the much weaker seller does not change with the farm bills.

Two of the three Farm Bills cleared Rajya Sabha on Sunday, September 20, 2020, under rather unpleasant circumstances. The Third Bill got passed on Tuesday, September 22, 2020 when the Opposition had boycotted the session.

These are important bills and they needed to be debated properly in Parliament and then put to vote. Unfortunately, neither was much time allowed for debate nor was a division vote allowed. Instead, a voice vote that depends more on lung power than actual number of votes counted saw them getting passed. This sets a bad precedent.

However, let us ignore the manner in which these bills were rushed through and instead focus on their substance – and the reason for the protests that have broken out, especially in north India.

The first bill – the Farmers’ Produce Trade and Commerce (Promotion and Facilitation) Bill, 2020 – allows farmers to bypass the Agricultural Produce Market Committee (APMC) regulated markets or the Mandis . In other words, the farmer can sell his or her produce directly to a big company, to warehouses, cold storage chains, or even set up shop to sell directly to you and me.

The second bill — Farmers (Empowerment and Protection) Agreement on Price Assurance and Farm Services Bill, 2020 – allows a farmer to get into a contract with a buyer to cultivate specific products for a specific price. This essentially makes it easy to enter into short-, medium-, or long-term contract farming agreements, knowing the price they will get for their produce even before cultivation starts.

The third bill — The Essential Commodities (Amendment) Bill, 2020 – seeks to ensure that buyers can purchase and stock commodities without getting called a hoarder and being vulnerable to penal action. (For some historical context, the Essential Commodities Act was passed in 1955, when food shortages were common, and hoarding and black marketing by traders were a common evil. You may remember old movies where people starved as villainous Lalas hoarded and sold grains for both monetary as well as non-monetary gains).

So why are these three Bills causing so much heartburn? Surely, they allow the farmer  greater freedom to sell his or her produce. The first Bill does not say that Mandis  will necessarily be abolished. It just allows a farmer who chooses to bypass the Mandi  to sell elsewhere. The Mandi system has its own set of problems. It is dominated by powerful, politically connected traders. Moreover, there are fees to be paid for using the Mandi system. The benefit it offers is a formal structure and place where a farmer can go and sell. But the small farmer rarely gets the price he deserves – the trader or middleman holds all the good cards.

The second Bill can be seen as actually a logical extension of the first. Allowing contract farming means a farmer can strike a deal to sell at a pre-determined price even before cultivation begins. Provided s/he can maintain quality standards in the contract, there is an assured buyer and a price guarantee.

Neither of these two measures can be logically faulted. So where are the worries coming from? The first comes from the fact that neither bill changes anything for the bulk of the farmers. Over 86% of the farm holdings are smaller than 2 acres according to the last reliable figures available. (The Agriculture Census of 2015-16. It noted that the size of average operational holdings had come down since the previous survey). 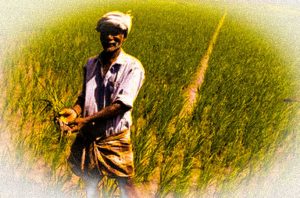 These farmers have little negotiating power against powerful buyers. They do not enjoy any sort of leverage in Mandis and it would take a huge stretch of imagination to think that they will enjoy any sort of negotiating power when they try to sell outside of it. The sad truth is that the organised buyer – whether it is the trader at the Mandi or the warehouse owner or the big corporate – will hold all the cards. The one danger is that the Mandi system itself might wither away in many states – and that is worse than the current evil. If it happens, the small farmer will be pretty well left to find a buyer in an unstructured and highly asymmetrical market. Some states had even earlier experimented with removal or reduction in powers of Mandis and that has not helped improve the lot of small farmers yet anywhere.

Similarly, it would be foolish to think that allowing smaller farmers to enter contract farming agreements will improve their lives. Again, this is about the asymmetry of negotiating power. The big corporate buyer holds all the cards and it is only in theory that the farmer will be getting any benefit.

Now let us look at the Minimum Support Price (MSP) issue that big and medium-sized farmers in the north Indian states have been protesting against. MSPs are loved by big farmers and hated by governments. Big farmers always gain in a high MSP regime because they get the benefit of a formal procurement at a decent price. Under the current system, it is not necessary for them to sell to the government – they can get the price difference if they sell at a lower price at the Mandi. If they can get a higher price at a Mandi, they do not need to bother.

The small farmer does not typically gain all that much from the MSP because s/he lacks the clout to get the difference or sell his produce to the procurement agent. He is typically standing way behind in the queue to sell, and his holding power is low.

The government’s argument that MSPs will remain in the future too makes little difference. It is perfectly possible for the government to increase MSPs marginally or not increase them from year to year. This would simply make selling at MSP or using it as a price signal for the future useless for all practical purposes. In the Modi government’s first term, the first two years saw MSPs rise only marginally until farmer distress caused the government to start talking big on that front. The MSP anyway is no great solution to farming problems in India because in practice it helps only large and medium-sized farmers who make up for relatively small numbers. It also tends to play havoc with government finances.

The third Bill that just got passed by Rajya Sabha has little to do with farmers and is essentially meant to help buyers. The original Essential Commodities Act was framed in an era of food shortages. In an era where the problem is more about surplus in most cases, it did not have much use. And the amendment therefore helps those who want to buy in excess and store for later. It leaves enough discretion with the government to ensure that artificial scarcity is created by a bunch of hoarders. It was anyway meant to protect consumers — and over time, that need has been receding as far as the government is concerned. There is of course always a danger of a set of businesses forming a cartel, cornering all stock and raising prices sharply. There have been suspicions of this happening from time to time, especially in the case of pulses, but the government does have powers to stamp down on this.

So are there any real solutions? In theory, things will get much better if fewer people depend on agriculture for their sole income, and land holdings become bigger. In practice, this can happen only if a great many formal jobs in manufacturing and services are created and more people shift out of agriculture. And the ones who stay either form cooperatives which will pool land holdings (pretty difficult in practice) or band together to create Farmer Producer Organisations (FPOs) which gives farmers better collective bargaining power. The FPOs exist but have not reached any sort of critical mass to make any difference.

For the small farmer – and remember that 86% of farmers fall in that category – the bills will not make any difference in the short or even medium run.