It is the job of opinion writers to give advice to the government. It is the prerogative of the government to ignore them. Before any budget, economic thinkers of every description give the Finance Minister plenty of advice. The budgets of the past decade show that the honourable Ministers rarely consider them worthy of attention. If any advice does translate into policy, it is largely because the minister or some bureaucrats have independently come to the same conclusion – not because they read a particular expert’s opinion columns.

But because the government ignores advice is also no reason for an opinion writer to stop writing his or her pieces. So here comes my three pieces of advice for the government. They are not specific to this Budget. Indeed, this Budget is already done and dusted and it will be announced on February 1. But these are three broad principles that should be kept in mind before any Budget is presented or policy gets formulated.

Bad Data Doesn’t Lead to Good Policies:  The Union Budget projections have turned increasingly unreliable over the past few years. The primary reason behind that is that the bureaucrats in the Finance Ministry have too little time to actually analyse the data and also because the data itself may be suspect. The first advance estimates of the Budget come in only in January – giving the government too little time to analyse the data properly. When the late Arun Jaitley decided to start presenting the Budget on February 1, pulling the deadline back by an entire month, the logic was that it would allow the various ministries to get a clear idea about their finances for the coming year and to be able to start spending properly from the first working day of the new financial year.

The only issue was that the data collection and analysis cycles were not pulled back for the new Budget presentation. It only ensured that the finance ministry mandarins got too little time to actually sift through the data properly.

The bigger problem though is that the first Advance Estimates of the GDP has become increasingly unreliable. It gets revised far too many times. The revisions do not follow any discernable pattern. Some data moves up, others come down. It is impossible to do any good planning on unreliable data.

Most important, the government is working with too little data on important things – from jobs to social indicators. In today’s world, digital tools allow both conventional statistics collection done by the NSO and big data to be analysed quickly and regularly, giving the government a better handle on when things are looking up or looking down. There have been plenty of suggestions on how to improve the coverage and frequency of government statistics. The government needs to get serious about data. Intuition is useful. But good data is better when administering a large and complex country like India.

Economic Growth Solves Many Problems: GDP growth is not the only metric the government should look at. But the GDP growing fast solves many problems for the government. It allows it to get better revenues. It gives the government more money to spend on everything – defence, infrastructure, education, health and the Basic Necessities that the Economic Survey talks about.

This rule applies to both taxes and general policies that the government makes to improve life or make it more difficult for businessmen.

Too often, while trying to do a tight rope walk between revenue gathering and growth, the government leans towards revenues. This is seen in the way the government has tried to use fuel prices to make up for revenues lost because of falling economic activity. The problem is that higher taxes on fuel can impacts all sorts of things. It can make a lot of goods and services costlier. It also leaves less money in the hands of people who will try to consume other things less.

The government may reason that the money it collects can be spent on boosting the economy. But it rarely calculates whether the negatives of high fuel prices far outweigh gains. This general principle holds true for all taxes – and cesses. They can lead to short term revenue gains but are detrimental in the long run.

Similarly, when the government makes one quick change after another when it comes to doing business in the country, it only creates an atmosphere of uncertainty and makes it difficult for businesses. Talk to businesses in any sector and they will tell you that the only thing worse than a bad policy is a rapidly changing policy regime where rules and regulations keep changing all the time.

There is also the issue of announcing a policy first without thinking it through. This is seen all the time in the number of notifications and clarifications a ministry needs to issue after the first notification of rules of any policy.

Spending a little time to get the policy right instead of trying to address various problems on the fly will help the government improve economic growth – and hence its own revenues.

Spend Wisely: Governments tend to think that revenues are all that matter even when their economic advisors tell them that the quality of expenditure is equally important. Very little attention is actually paid to art and science of spending in government ministries. Yet, knowing the bang for the buck and monitoring outcomes, not just input and output of every programme can help make better policies and improve lives.

Most budget experts have also advised successive governments that in any Budget, more capital expenditure is better than increasing revenue expenditure because the former creates productive assets. Finance ministers routinely ignore that. But if they did follow that advice, they would improve the economy much faster.

Finally, there is one other rule of spending that Finance Ministers typically forget. Instead of frittering away all the money in hundreds of small things, better and highly focused allocation on a few areas and programmes can yield better results for everyone.

As long as these basic principles are kept in mind, even finance ministers cannot go too wrong. 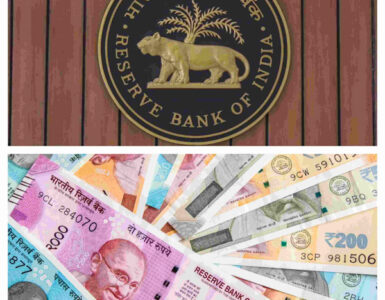 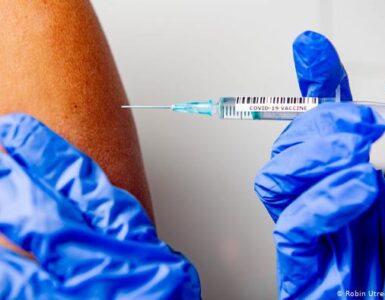