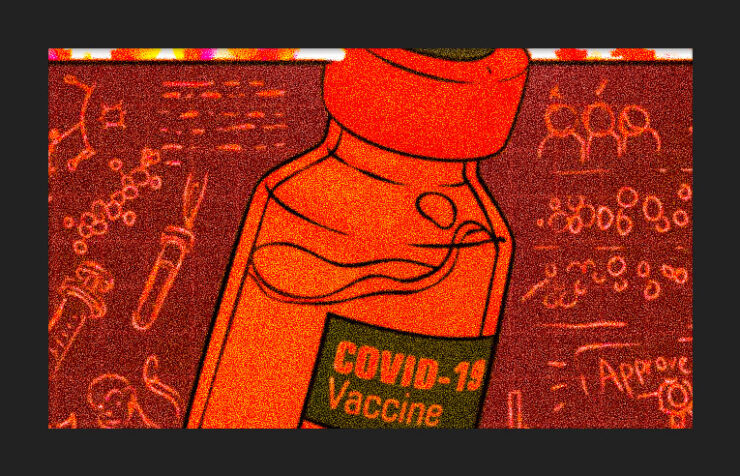 The DCGI needs to realise that unlike a vaccine will eventually be given to the entire population and that is why it is particularly important to be careful about approving it.

The Coronavirus pandemic has tested the limits of drug regulators across the globe. The hunt for effective drugs to treat and vaccines to protect against the virus as quickly as possible forced most drug regulators to make many sub optimal choices. But no regulator has attracted as much controversy for its decisions as the Drug Controller General of India (DCGI). Its decisions affect the health of every citizen in the country – apart from the reputation of the Indian pharmaceutical sector.

In normal times, a new drug easily takes a decade or more to develop, complete the mandatory pre-clinical and clinical trials, and then get approval for marketing from the drug regulator of a developed country. Because the Indian pharma industry is largely into generic drugs production instead of new drug research, the DCGI often depends on US Food and Drugs Administration or another similar regulator’s approval before it gives its own clearance to a chemical entity to be marketed in India. If a drug is FDA approved, the DCGI often asks the drug developer for a small bridging study to show efficacy in the Indian population before granting approval.  It rarely insists on conducting a full blown Phase II and Phase III trial to be done in India independently once a drug has already been approved abroad.

In the case of vaccines, the situation is somewhat different. India has proven expertise in vaccine development, though these are mostly for diseases that are not considered lucrative enough by big pharma in the developed countries. And these are vaccines for viruses and bacteria that have been extensively studied over the years. The DCGI approves a vaccine only after it has been able to present data to prove safety and efficacy through full clinical trials that would also pass muster with a drug regulator in any other country.

Thus the Indian regulator follows the path of abundant caution. There have been controversies earlier where it has cleared some drugs for uses they have not been intended for without asking for data, or allowed fixed dose combinations that do not make sense. It has drawn the ire of the Central Information Commission (CIC) for its lack of transparency. By and large, none of these controversies have generated as much worry as the approvals it has given for COVID in the past six months or so.

It is true that COVID forced most regulators to give emergency use approvals with relatively little data. Even the US FDA approved the drug Remdesivir for emergency use for COVID treatment, but while keeping a close eye on its data.

On the other hand, while approving the COVID vaccines of Pfizer and Moderna, the US FDA has been sufficiently cautious and given emergency use approvals after extensive Phase III clinical trials were conducted.

This is where the , DCGI, has fallen short. It attracted criticism from both health activists and many doctors for approving Favpiravir, an older anti viral produced in India by Glenmark and Itolizumab, a drug originally developed for Psoriasis by Biocon. In both cases, it gave the approvals though the data on efficacy was scanty.

Still, those approvals could be justified as these were existing drugs that were to be used in specific treatment settings by the treating physicians at their discretion.

The case of the accelerated approvals for the two vaccines is very different because these are meant for the entire population – not just a small group of patients being treated in a hospital setting. Out of these two, in one case it followed the safe process of depending on the clearance of another regulator. The Serum Institute/Oxford/AstraZeneca vaccine had conducted four randomised controlled Phase III trials in three countries – UK, Brazil and South Africa. Its safety and efficacy data was published in the peer reviewed journal, The Lancet. The Indian regulator only required Serum Institute to do a small bridging study on a few hundred volunteers, to test immunogenic response instead of actual efficacy, before giving it approval. While this was not ideal, it could still be justified as efficacy data was available from other countries.

But the case of the approval give to Bharat Biotech’s Covaxin is both inexplicable and raises serious worries. Covaxin has proven safety in small trials but its Phase III clinical trial to demonstrate efficacy and safety in a large human population is still going on. It is rare for a regulator to approve a completely new vaccine – even if for emergency use – without waiting for Phase III clinical trials to be completed. The approval was also full of caveats. It approved the vaccine for “restricted use in emergency situation in public interest as an abundant precaution, in clinical trial mode, to have more options for vaccinations, especially in case of infection by mutant strain.”

The two vaccines are meant for the entire Indian population eventually and the government will be buying and administering the vaccines initially before they are given approval for general marketing. Bharat Biotech and its supporters have justified the approval by saying that the safety has been proven in multiple hamster and monkey trials and the efficacy data would be available by March or even before that. But rushing to give an approval before a Phase III trial puts in potential jeopardy the health of millions of people.

It may well be found after data is provided in March that Covaxin is an excellent and highly effective vaccine. But not waiting for just two months for the data to come in before approving a vaccine for a country with India’s population is full of risks. Apart from being bad for the reputation of India’s vaccine industry.