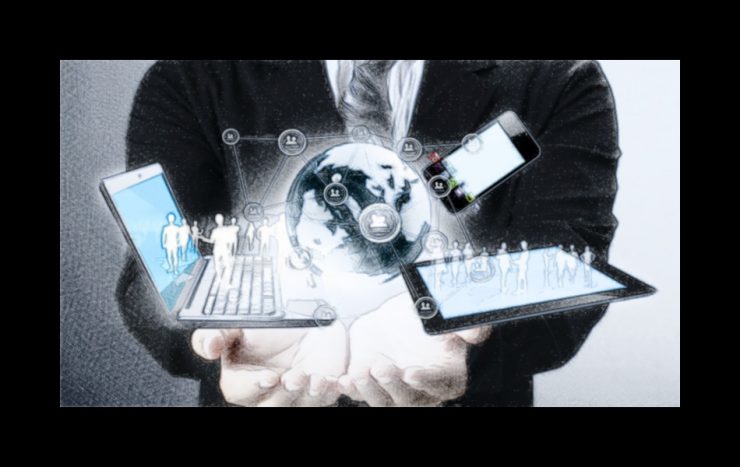 One thing has become very clear after as the Coronavirus pandemic roils the globe and forces governments to go for partial or complete lockdowns. The winners and losers in technology and technology-enabled businesses are going to see a major shift. As people’s behaviour changes to include less travel and more social distancing, some of the promising digital businesses till the pre-Corona days will find it tough getting back to their feet, while others will see an increased adoption.

First, let’s look at the losers. The digital aggregator of hospitality and real estate has been dealt a body blow and it is hard to see anyone getting enthusiastic about them again in the short or even medium run. The best days of WeWork, Oyo, Uber, Ola and AirBnB are gone? WeWork was on its way down even before Coronavirus came into the scene but the latest reports suggest that even Softbank is now unwilling to throw good money after bad. Worrying reports about Oyo shedding hotel partners and employees is already coming in and I suspect that this is another of its bets that Softbank will probably want to write down, if not write off, post the pandemic. Aggregators like MakeMyTrip and Yatra will of course be affected because their fortunes are tied to the travel and hospitality industry, but they did not command Unicorn level valuations as Oyo did before the crisis. They will struggle for revenues as people reduce travel to the absolute minimum, but they will not fall as hard as an Oyo I think.

But why Uber and Ola? Why should they suffer? I suspect that the changed world will see both less movement on roads as well as a preference for own cars as far as possible. This could set Uber and Ola back by years. I would also not be surprised if driver partners decide to start looking for other opportunities after the loss of income most of them have suffered in the lockdown. I can see a long struggle ahead for both companies unless they find a different business model. Perhaps branching into delivery was not such a bad idea… it may actually have a better growth potential for both companies than what they originally started out as.

The e-commerce companies have struggled to deliver because of myriad problems (see Lock Down Diaries) during the pandemic and the lock down has taken the sheen off both Amazon and Flipkart, quite apart from players like Big Basket, Licious and Fresh to Home. Of all these, I suspect Amazon is the best poised to spring back, with Flipkart being marginally behind once the world limps back to normalcy.

I am betting on Amazon being one of the greatest gainers because of two things. One, the pandemic has accelerated the demand for cloud applications and storage and Amazon is the leader here. It is already a hugely profitable business and it will explode from here on though people like Microsoft and Salesforce and others will also gain as cloud becomes the norm. The other reason is that in its e-commerce business, Amazon has been ahead of the curve in the US, experimenting with experimenting with people less delivery models like drone deliveries and also extensively using robotics in its warehouses. It has tried its own version of minimum human contact physical retail shops where there are absolutely no tellers or other helpers and I suspect it is going to grind other retailers to dust. In India, the US experience will help it become even more efficient.

Flipkart I think will survive as number two partly because it has Walmart backing it, and as the current experience shows, physical retail is not going away anytime soon. So after an initial struggle, it will get back and find its own model.

The big problem I see are the current generation of grocery players such as Big Basket and others who will need to rebuild credibility after being found wanting in the lockdown. They may actually be overtaken by newer players who use more tech and have better sourcing and delivery models – perhaps using multiple alliances with players such as Swiggy and Zomato and even Uber and Ola to sort the last mile problem.

I think after the initial hiccups, Swiggy and Zomato actually stand to gain – I see more in home deliveries of cooked food and at least a temporary drop in in-house dining. Still, it remains to be seen how they fare as behaviour itself changes.

The big tech winners apart from Amazon will be the video conferencing players and others who will gain massively as business travel gets curtailed. Also robotic companies and any automation company that promises to reduce human requirement in the workplace., even it can only take care of repetitive jobs currently. AI and machine learning of course gets a huge fillip. Netflix and others in the OTT content playground will also gain as home entertainment again gains popularity.

The other digital businesses that will get a huge jump from this experience I believe will be Edu Tech and Fintech. Both, I suspect, will see higher funding and greater adoption than the trend they were showing before the pandemic. Fintech was already moving ahead but I think the pandemic has only speeded up its prospects, while Edu Tech will probably now find its feet finally.

The tech hierarchy will undergo changes – just as the rest of the business will – because of the pandemic.