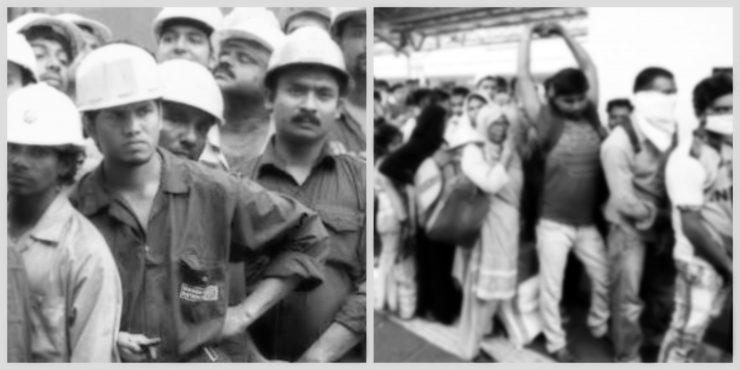 The COVID-19 pandemic is a bigger threat to the Indian economy than anything it has faced since Independence. And the government is both unprepared and lacks enough ammunition to tackle it.

Much before Prime Minister Narendra Modi announced a nationwide lockdown till April 15, 2020 in a bid to contain the spread of COVID-19, it had become apparent that economic devastation would be unprecedented. While the entire global economy is expected to be affected because of lockdowns and other measures announced by every country, the Indian economy, already reeling from a slowdown and with a large informal work population, is likely to be among the hardest hit.

More importantly, it is quite clear that the Coronavirus epidemic will have a bigger economic impact than any other event in the past few decades, and possibly since Independence. Bigger than the impact of the global financial meltdown post the 2008 Lehman Brother bankruptcy and bigger than the economic hardship caused by the three wars fought since Independence or the various other crises that have roiled the country from time to time.

This is simply because in previous disruptions, even when all industries were affected, it happened in a staggered manner. For example, in the 2008 crisis, the global financial sector collapsed first, and then it spread out to the real economy – manufacturing, agriculture and services other than banking and finance – as liquidity, cash flows and demand started affecting them. Even during this time, India was better protected than say, US or UK or Europe, because the central bank had kept its financial systems partially insulated from the rest of the global financial system. And the Indian government, with several years of economic boom behind it, was better prepared to roll out rescue measures. It had the ability to announce an economic stimulus very quickly.

In the wars that India fought in the early decades of Independence, the economy was both small and less complex and less linked to the global economy. Also, while there were curfews enforced during different wars, the entire country was not in a shut down mode. And free movement of people and goods from one state to another was not closed. India’s economy was battered post those wars with food and other shortages and high inflation, but it was easier for the governments then to handle perhaps, because India was anyway used to shortages in the post-Independence years. Expectations, perhaps, were set lower.

In 1991, when the government was forced to seek an IMF bailout and reform its economy, the common populace was still largely insulated. The Central Bank and the government of the day handled the crisis, without disturbing services, agriculture or industry too much.

In the biggest policy disruption in recent times – the sudden demonetisation of high value currency notes that constituted 86.5% of the currency in circulation then – the first hit was taken by informal workers and the cash based economy. But the bigger formal sector continued ticking properly – and in fact, gained from the disruption.

This time, however, the disruption caused by the pandemic has touched every sector of the economy, formal and informal, at one go. More importantly, unlike the 1950s, 60s or 70s, the expectations are very different. It is hard for the post Indian economic reforms generation to get used to the kind of high inflation/shortage economy with sluggish growth that India witnessed during the 1960s and 70s.

The automotive industry association had already estimated before the announcement that it would end up losing a whopping Rs 2300 crore each day because of the shutdown. The All India Association of Industries had estimated that the total losses for its members could be to the tune of Rs 2 lakh crore by March 31. With the lockdown being extended till April 15, the figure would double. Most airlines are already in dire straits and could be looking at bankruptcies, as are many smaller hoteliers.

Various experts and industry associations have already suggested steps for the government to mitigate the effects of the crisis. These suggestions have ranged from universal basic income or direct income support to informal workers rendered jobless because of the pandemic to loan waivers or keeping EMIs and interest at bay for several months for formal sector workers and also companies. Other steps have included tax waivers, incentives and cheap funding to get the sectors going once the pandemic is under control. These are all sensible suggestions. 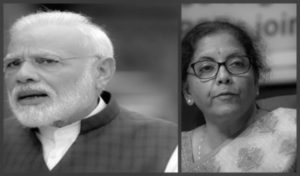 So far, the Union government has been on a wait and watch mode – it has announced an economic taskforce and started asking for feedback, but the constitution of the taskforce and its specific brief has not yet been made public. Indeed, it has been pretty disinclined to do much asking enterprises instead to ensure that workers are not laid off.

Different state governments have been more proactive, announcing some basic income support for informal workers and others facing the most problems. The Reserve Bank of India (RBI) has been watching closely and rolling out measures as and when required – conducting operations to improve liquidity, both of dollars as well as rupees, in the market. It could go further perhaps as the damage of the crisis becomes clearer.

For the Union government led by Prime Minister Narendra Modi, the problems are bigger because it is in a far weaker situation given the way the economy has slid in the past few years. Prime Minister Narendra Modi and his finance minister Nirmala Sitharaman are already struggling with a revenue slowdown and a fiscal deficit problem because of the sharp deceleration of the GDP growth in the last couple of years.

Those can be largely linked to bad policies or bad planning and implementation. Demonetisation was an example of the former while the ongoing problems with GST is a classic example of the latter. And those are only two of the many. The latest quarter GDP growth of 4.7% was the slowest in about seven years caused by investment and consumption slowdowns. Now with the Coronavirus pandemic causing a shutdown in entire sectors, and slowdown in multiple others, the economy could well tip over into a recession. And the government may not be able to find the kind of money it needs to spend enough and give enough incentives to help the economy get going again simply because it is not earning enough. Non tax revenue options are also limited because the stock market crash is not the best time to sell of the family silver – the PSUs that the government was hoping to sell to raise money for spending.

Equally, the RBI is grappling with its own set of problems – fixing a broken financial system that has been roiled by the IL&FS, DHFL, Yes Bank and PMC crisis and the lack of confidence among both borrowers and lenders. It also has to deal with  a sharp fall in the value of the rupee. While it still has enough foreign reserves and a strong enough balance sheet to throw into a rescue effort once all this over, it would find itself hamstrung in an effort to put out too many fires and in too many parts of the financial system.

The silver lining, as far as the government is concerned, has been the fall in crude prices. This has allowed it to cut its import bill, and the excise hike of Rs 3 on petrol and diesel will give it a windfall benefit it did not anticipate. It has, in fact, in the finance bill made a provision to increase this cess further, to Rs 8. This could come in useful to counteract revenue fall in other areas. Whether this will be enough or too little, we will know in the months to come.