Policies are only as good as the statistics used for arriving at the decisions – and the Indian government has been found wanting in that respect.

For a government that is extremely fond of repeating that Data is the New Oil, lack of proper, accurate and timely statistics is proving to be its Achilles heel when it comes to policy making.  Whether this is because it has not been able to fix its data collection and analysis problems in six years or whether it is because Prime Minister Narendra Modi relies on his gut more than on statistics is anybody’s guess. But by now, it would be apparent to almost all ministers and bureaucrats that they are taking all decisions based on incomplete, faulty or outdated numbers.

The data problem shows up in small ways and big. The Labour Ministry had sheepishly admitted that it had no data on migrant labour when the issue of organising relief and travel for them came up. (Neither did the states where they were working or the states they belonged to, but that is another story). Meanwhile, the New Indian Express reports that the government is considering a proposal for suspension of IIP and Inflation data till July end because of slow flow of information and problems with collecting data due to the long lockdown.

The Finance Minister has got her revenue and expenditure estimates consistently wrong at Budget time because of bad data. And the CSO has been only reliable in showing that its early GDP estimates are extremely unreliable for any practical purposes. Even the number of people unemployed in the country has been a subject of much anger and heated debate with the government often quarrelling with its own official data agencies.

Consider the budgets presented by Finance Minister Nirmala Sitharaman in the past two years. The revenue and expenditure estimates for even the year gone by have been found to be off-the-mark. This, in turn, has led to a consistent overestimation of revenue targets for the year ahead. While one can try and explain that away by saying the Minister is an optimist, the bigger reason is that she uses fairly bad numbers when she presents the budget.

As Business Standard’s editorial director Ashok Bhattacharya has pointed out in several columns, the Finance Minister gets her projections for the coming fiscal wrong because she depends on the wrong estimates of the actual revenue and expenditure of the year gone by even though she should have more accurate figures. If the base figures are off, so is every calculation you are going to make.

The Ministry of Statistics and Programme Implementation (MOSPI) has not covered itself with glory in the past six years. It has got into needless controversies and failed to defend its reputation as an accurate gatherer and analyser of data. It has revised GDP estimates so frequently of late that it has become impossible for people to keep up. In a space of 36 months, it has revised the same GDP six times leading to endless confusion. If there was any consistency about the direction and range of the GDP revisions, it would still have been useful for planners. But in the past three years, quarterly GDP estimates have been revised both up and down, without any cogent explanation. As former RBI governor Y V Reddy had wryly pointed out earlier, while the future is uncertain everywhere, in India even the past is uncertain.

Ministers and bureaucrats have not helped by constantly challenging numbers from MOSPI. The way that reports prepared by the National Statistical Organisation on unemployment numbers or consumption has been run down by Niti Aayog worthies and a range of ministers who depended often on anecdotes to prove the reports wrong has only made Indian official statistics a laughing stock.

Nobody can accuse the Department of Statistics of not having good people gathering data or of not understanding statistics. Ask anybody and they will tell you that the staff gathering and analysing statistics are dedicated and good. Till the recent past, nobody could fault the leadership of these agencies either. The first two Chief Statisticians enjoyed excellent reputations. The National Statistical Commission has generally boasted excellent members and some great reports about how to improve data collection and methods of estimation since it was founded. The problem has not been leadership or staffing of various statistical organisations – of late, the issues have arisen because of political interference and suspicion and lack of fresh direction.

The fundamentals of the Indian statistical system are robust. What it needs to do better is also known. The first is to give the NSC more powers over the statistics department and remove the influence that the Niti Aayog currently has on any statistics report. In the past, the Planning Commission rarely interfered with the reports or working of the then NSSO and CSO. It merely used their reports.

Of late, the Niti Aayog has taken upon itself the role of official approver of government statistics. Unfortunately, it has neither the expertise nor the inclination to play a meaningful role and its contribution has largely been in the realm of creating controversies like rubbishing NSO reports.

The second requirement is to give funding and a fresh goal to the NSC, and MOSPI. With the advent of digitisation, more data is being generated than ever before and new technology is being used to get real-time insights into trends. To get accurate data samples, you cannot replace feet on the ground but you also need to update your data capture technology to record data samples properly and transmit them in real-time. At the same time, the MOSPI needs to start gathering and analysing Big Data – the massive amounts of unstructured data that is generated constantly because of the seeping influence of digital technology in every part of our life and work.

A caveat: Big data is not a substitute for the kind of conventional data gathering that NSO does. But it offers enormous possibilities to supplement that data. For example, one could probably get a real handle on price rises on different things and in different parts of the country in real time than our current inflation indices can capture. Similarly, big data can be extremely useful in predicting the spread of an epidemic even before official numbers are gathered. (In one case in the US, the number of Google searches on specific symptoms often predicted what official CDC data later confirmed).

Thus, the Indian government needs both – reliable national income estimates and other statistics, including unemployment, job generation, production increases, inflation etc as well as insights that big data analytics can throw up on things such as spread of virus or kinds of labour migration as close to real time as possible.

It is time the government realised that data is a tool to be used wisely, and not tampered with. The benefits of having good data for policy making far outweighs the benefits of bad data to improve image temporarily. 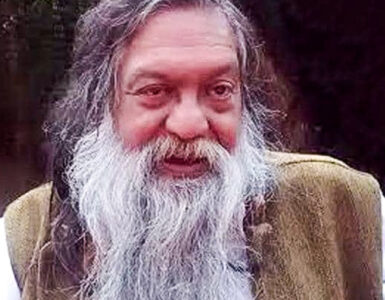 Dr Abhijit Sen, renowned economist, former member of the Planning Commission, and the strongest votary of universal Public Distribution System passed away on Monday, 29 August 2022. He was 72. A renowned agricultural...