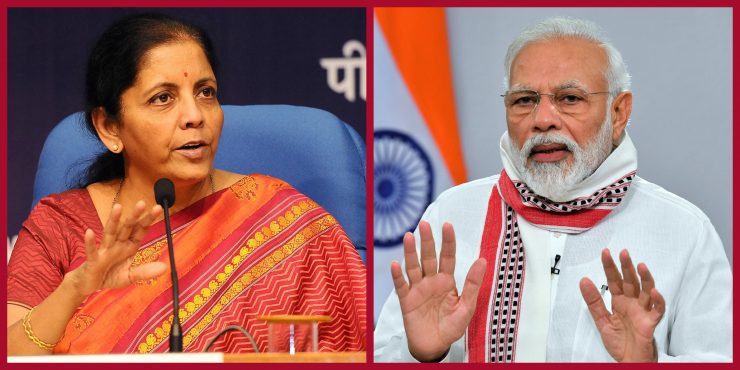 The daily rise in fuel prices makes the government seem both clueless and callous when crude oil is at a record low and consumers are battling job losses and income drops. But the truth is that the Finance Minister probably has no other choice. The government needs money desperately and irrational fuel pricing helps it in two ways. First, the higher excise and cess it has levied goes directly into its coffers. Equally, most of the extra money that oil marketing companies make by hiking prices daily will find its way into the government’s pocket through dividends and other means.

It is hardly a secret that the Finance Minister is in a dire situation, fiscally speaking. Former member of the Prime  Minister’s Economic Advisory Council (PMEAC) Rathin Roy had pointed out over a year ago that the government was facing a silent fiscal crisis. Despite window dressing and brave claims, the government’s finances have been deteriorating for two years even before the Coronavirus pandemic hit it like a sledgehammer. Tax revenues have failed to keep up with the optimistic projections the Finance Minister makes while presenting her Budgets for two years now.

The government has spent heavily over the past couple of years in the hopes of getting the economy move into a higher growth orbit, but to no avail. That higher spending, along with lower tax revenues, has meant that the government needed to borrow more. In FY 2020, India’s debt to GDP ratio had already touched 70% and by FY21, Fitch expects it to reach 84% while some others expect it to hit 90%. Unfortunately, a lot of the fresh borrowing actually goes towards paying interest costs of old borrowings leaving the government with little to spend on fixing the economy.

Meanwhile, the government has dipped its fingers into any place it thought it could get more money from. That has included forcing the Reserve Bank of India to give up a portion of its reserves and a higher dividend than is conventional. It has also meant getting Public Sector Undertakings (PSUs) to give as much dividend as they possibly can. The PSUs have also financed some of the government’s actions.

For example, the LIC has often stepped in with a helping hand when the government has sold stakes in other PSUs. It has also provided the helping hand to fund starved infrastructure sectors which the government did not want to finance directly and stepped in to bail out troubled banks like IDBI Bank when required.

Going into the lockdown, the government finances were already in a terrible shape and the lockdown is only the final sledgehammer blow to the nail of the fiscal coffin.

This explains to a large extent why the government’s stimulus package of Rs 20 lakh crore contained very little fresh spending and instead focused on packaging things such as steps taken by the RBI to ease liquidity, tax refunds and loan guarantees to pretend to be impressive. Instead of the stimulus being 10% of the GDP, most calculations show that it is probably no more than 1.5-2% of GDP.

So what are the government’s options for kick-starting an economy that is clearly headed towards the first recession in over four decades? The favoured option in any crisis is the Keynesian prescription of spending heavily. But given the state of the government finances, its ability to spend heavily is hampered given the fact that its tax revenue collections this year will fall sharply and its fiscal deficit will certainly rise sharply over the 4.6% of FY20. Higher disinvestment revenues are unlikely too given the current situation of the market. It seems extremely unlikely that the government will be able to sell of Air India or do an IPO for LIC as it has calculated.

The government is planning to borrow more but that won’t be enough. A number of very senior economists have offered the solution of debt monetisation – or printing money as it is sometimes dubbed – to give the government enough ammunition to spend its way out of the crisis. But as former RBI governor Raghuram Rajan pointed out, debt monetisation will not be a game changer. It helps around the margins, but doesn’t fully solve the problem. More importantly, it requires a lot of discipline to rewind the clock once the crisis is over.

So what are the options left before the government apart from higher borrowings/ debt monetisation to find some extra money to spend? Cutting useless spending and focusing only on spending that will aid the economy is one option. The other is something that no government actually likes to do – tax giveaways and supply side economics and serious reforms to reduce government role in business.

The government has already signalled its discomfort with reducing taxes. Indeed the sharp hike in excise duties on fuel and the rumours that it wanted to discuss increasing GST rates on some goods points to its thinking.

That leaves it with just about one option. Initiate the second generation of structural reforms in land, labour and other areas that would make the country an attractive Greenfield investment destination both for overseas as well as domestic businessmen. But that requires systematic thinking and focusing on economics and not politics – something that this government has not done so far.