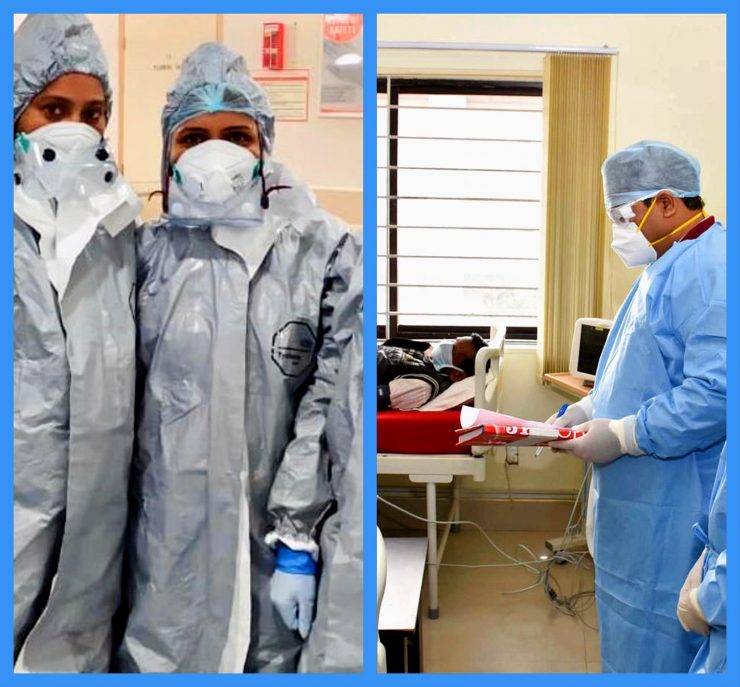 Doctors and other healthcare workers are finding that they need to fight much more than just the disease.

In the first few days of the nationwide lockdown, as local administrations still struggled to get their act together, many doctors — especially the younger ones – are facing a peculiar problem. They are being stopped on their way to work by suspicious policemen who are questioning their credentials, despite proper identification and documents.

For doctors – and other healthcare workers – who do not have their own transport or office transport – the problems rise exponentially. Apart from the fact that no public transport is available, if they persuade a non-physician friend or family member to take them to the hospital or clinic, the police are often adamant. A doctor’s husband was recently told curtly that if his wife, the doctor, could not drive, they should simply stay at home.

There are other problems that have surfaced suddenly as well as the panic about Coronavirus spreads. Reports are coming in from across the country that some doctors, nurses and other healthcare workers are being asked by landlords to vacate their premises. The landlords are perfectly happy to laud doctors for being at the forefront of the Coronavirus fight, but just don’t want them as tenants. The landlords fear their tenant will bring the virus home from the workplace.  (This is not just happening in India, but across the world.)

These are just two of the non-medical issues physicians are tackling as they struggle to treat patients while also ensuring that the infection is kept from spreading. They already have many other issues to worry about – from the fact that there are no proven drugs to combat the virus, to the absence of the enough protective personal gear to protect them from the virus while treating infected patients, and finally the sheer shortage of everything from testing facilities and kits to isolation facilities and ventilators.

If the virus spreads and infects a large portion of the Indian population, the problems they will have to deal with will get infinitely worse, but more about that later.

Even though the first case in India was only flagged off on January 30, many Indian doctors had been keenly following the news about the Coronavirus outbreak with its epicentre in Wuhan even before that. By early February, many physicians had started flagging and sharing research papers and case studies of the virus among themselves about the spread in India and across the globe. The younger doctors, very comfortable with social media, had started discussing it on twitter, facebook and other platforms. Most of them had also realised their voices were being drowned by the deluge of misinformation being spread by quacks, religious leaders and literate but gullible citizens who were forwarding stuff on whatsapp.

By the first week of March, many hospitals and doctors found that they were facing a shortage of sanitiser and masks. As the general population panicked, there was a run on hand sanitisers, masks, gloves and other protective gear they needed to keep treating patients. The level of misinformation and quackery was also on the rise, with authorities themselves adding to the confusion because of contradictory claims and counterclaims. In the first half of March, it seemed that the Ministry of Aayush was endorsing the use of homeopathy and ayurveda as a potential cure. (Later the language would change, and they would be pushed as things that improved immunity).

A junior minister in the Union Ministry of Health and Family Welfare commented to a reporter that exposure of 15 minutes to sunlight daily would help in the cases. Another union minister who should have known better seemed to think that standing in a group and chanting Go Corona would help stop the spread of the virus.

If this was not enough, religious leaders and right wing groups with great followings continued spreading false information. One set of people kept talking about the benefits of Gau Mutra (cow urine) and Gobar (cow shit) as having miraculous properties. There were even Gau Mutra parties held by some organisations that believed in their efficacy. Others talked about the Indian immune system being strong enough to combat the virus, as well how our summers would kill the virus (the evidence of the latter is decidedly weak. Other viruses have shown some slowdown when temperatures rise, but there is no proof about that for the Coronavirus so far).

The problem had become worse because television anchors were often giving more time to quacks and religious leaders to air their views than to doctors who were qualified in fighting the virus.

The Prime Minister’s initial address to the nation on 19 March, 2020 exhorting people to practice self-isolation for 14 hours on the 22nd, and then also clapping and banging utensils to show their gratitude to patients also left the doctors bemused.

Several of them pointed out that they would be happier if people practised sanitation and self isolation to slow the spread so that medical facilities were not overwhelmed with cases instead of gathering on the streets in groups and increasing the dangers of infection. (The latter was what happened because both literate and illiterate citizens completely misread the PM’s message and decided that thanking doctors meant gathering in big groups and banging utensils).

To add to the problems of the doctors who were trying to ensure that only proper information was transmitted to the populace, the Prime Minister’s call for voluntary self-isolation for 14 hours created a mini industry of fake news on social media. Even celebrities – famous actors and sportsmen – seemed to think that 14 hours of self isolation would stop the virus spread on its tracks. At least one famous actors with millions of fans thought the new moon would kill the virus. Another seemed to think that there was something auspicious about the time chosen for voluntary lockdown and not because the authorities were worried about the pace of transmission.

The 21 day lockdown announcement has elicited mixed reactions. In theory, keeping people from mingling with each other could slow, if not stop, the spread of the virus, therefore buying time as the medical fraternity gears up to combat the virus. Any slowdown in the spread of the virus gives healthcare workers and administrators precious time to augment capacities, have more isolation beds, more ICUs and ventilators.

But the lack of planning that ensured that millions of interstate migrant labourers who were now trying to find their way home somehow could create a huge risk of spreading the virus in the rural areas with minimal healthcare facilities. That might not happen but it was a risk that should have been anticipated and talked about by the administration.

The other risk is that various state governments are now going an extra mile to provide relief to people stuck at homes and on the road. New documents allowing large number of delivery boys and others to travel freely is being issued with little scrutiny or education on precautions to be taken. This itself creates its own set of risks, though it also presents a dilemma. If the lockdown is enforced too strictly, people die of hunger. If the lockdown is relaxed too easily for all sorts of people, the risks of virus transmission increases exponentially. Without a proper protocol to protect and keep testing the delivery boys after at the beginning and end of each day, the risks continue.

Some Indian doctors at the forefront of the virus treatment are also worrying whether they should go back home each night, and risk exposing their families to the virus even inadvertently. Some are volunteering to stay in hospitals to reduce that risk. Others, who have specialised in other areas of medicine and have not been practicing general medicine or are running their own clinics also have their own set of problems. Small clinics are often the first port of call for patients. They are also the least equipped to treat  a Coronavirus infection properly.

The biggest dread for all of them is what happens is the virus spread does not come under control. Like many other countries, India does not have enough doctors for the population it needs to treat. Nor does it have enough hospital beds.

A Brookings report says that India is woefully equipped — 7,13,986 total government beds, out of which 5-8% are ICU beds (35,699 to 57,119 ICU beds). Assuming that 50% of these ICU beds have ventilators, Brooking estimates that it would only add up to between 17,850 to 25,556 ventilators in the country. Even counting the capacities of private hospitals, it would be too little for a country with a population of 130 crore. And that would mean that the capacities would get quickly overwhelmed and the choices that are best avoided would need to be made.

In some developed countries, doctors have had to take a decision that goes against everything they have learnt and trained for – allowing patients to die in order to not overwhelm the system. In some countries, because of the paucity of ventilators and ICUs and isolation facilities, doctors are being forced to opt between younger patients who have a better chance of survival and older ones who may not survive because they are already weakened by age and other diseases.  This is not a decision any doctor wants to make. 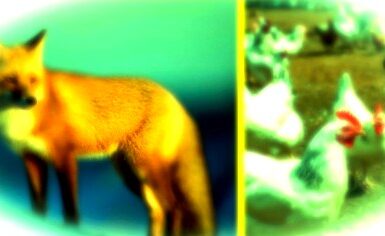