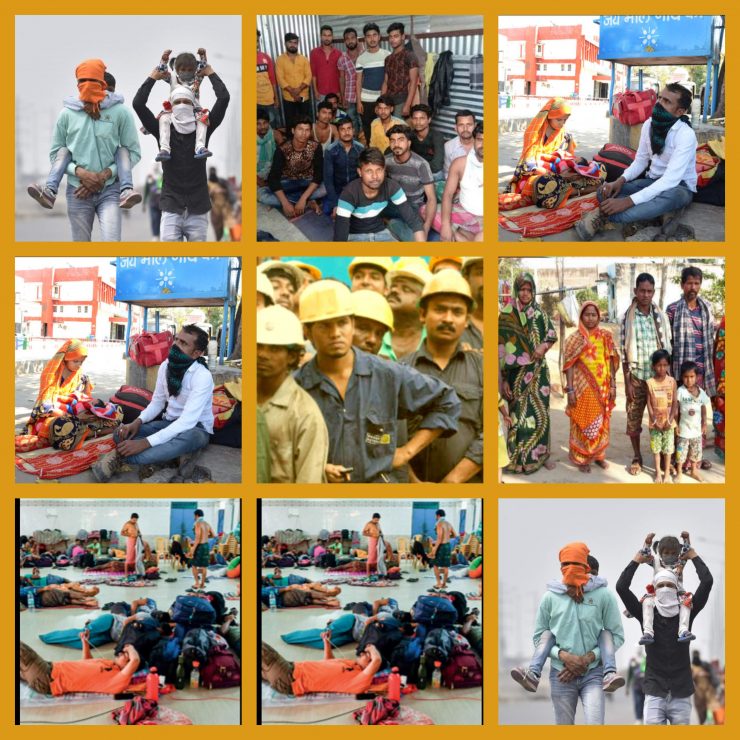 26 March 2020: Two days into the lockdown – five days really given that most states had implemented the lockdown from 22 March itself – it has become completely clear that no planning was done about India’s migrant labour problem before everything was shut down. From every part of the country, there are heart-wrenching stories of the poor interstate migrant labour who have been stranded without jobs, money or any way of going back home to their towns and villages because of the lockdown. Pictures and videos being released tell a sorry tale. Thousands of people trying to make their way back home, hundreds or even a thousand kilometres away, on foot as all buses and passenger train services, were shut almost overnight. Being bullied and beaten by policemen who are enforcing the lockdown and making sure that no one moves except those who can show they are doctors, important government officials or a lucky few grocers and chemists and journalists with valid press cards.

The worst-hit were the casual, daily wagers who travelled miles away from their villages to find construction or other such work. Or had hoped to find employment during the harvest season. They lack any sort of social security, and most have employers who offer no benefit except meagre daily wages on the days when they are employed. Most lived in makeshift slums or, sometimes, in dormitories packed like sardines. Few have cash savings to manage for more than a few days – assuming they can get any groceries.

Almost as badly off are the delivery boys, the restaurant staff, porters in railways stations, rickshaw and auto-rickshaw drivers, maids, gardeners, cooks, helpers or Ola and Uber partners or truck drivers whose incomes are also tied to working daily. They may be able to sustain for a week or so, at most, but beyond that, they would need to borrow. Many of them have equated monthly installment (EMI) payments – and no certainty that they will be able to do so once it is April.

And finally, there are the homeless, who live and sleep on the streets. Some are mentally challenged and live on scraps given to them by passersby on normal days. 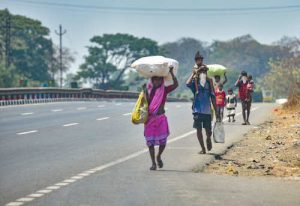 The Finance Minister announced a package, that like most announcements of the government, was big on headline numbers but short on details. Different states are also doing their bit – from Kerala to Delhi and from Uttar Pradesh to Maharashtra, state governments are trying to set up systems to reach food and/or some basic cash to labour, both belonging to the state as well as migrants. The problem is that all these work only if the worker has registered himself with the administration – and those are only a fraction of the total number.

It is estimated that there are between 60 and 100 million inter-state migrant workers in India. A few would have been “lucky enough” to have lost jobs much before the lockdown was announced and had gone back to their villages. The others were not so fortunate.

Contrast this with the efficiency with which the government evacuated Indians working abroad, sending out flights across the world, getting them back home and having them checked for infections etc. The first evacuations from abroad by the Indian government started in February. So obviously someone in the government was keeping an eye on those who were working abroad.

Equally, they were not looking at those who were working in India itself but were inter-state or domestic migrants who would be stranded once the country was locked in.