Lockdown Diaries5: What Is An Essential Product? 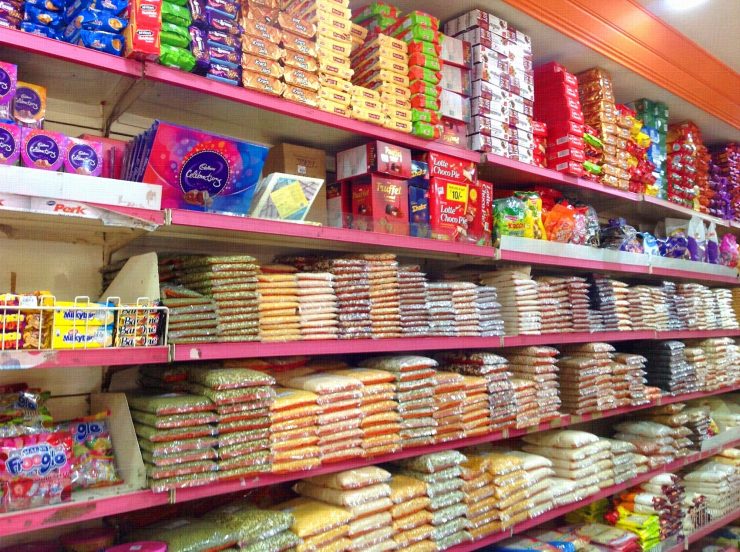 Essential goods and services should be available uninterrupted said the Prime Minister. But who decides what is essential and what is not?

“Essential”— The Dictionary defines it as “completely necessary” or “extremely important in a particular situation”.

Prime Minister Narendra Modi in his 8 pm speech announcing the 21-day lockdown assured worried citizens that essential goods and services would be available during the period. He did not define what he considered as essential. The Home Ministry guideline that was circulated after the speech gave some details – but actually left out many others. It also left a lot of discretion to the states, district and local level administrations to interpret what was essential and what was not.

That is one of the biggest reasons some of you have faced immense problems even getting things that you would consider essential – from baby food and diapers for babies to walking sticks for the elderly members of the family. And some of you, depending on which state or city you are living in, are still facing problems procuring some of these goods.

Is soap an essential good? Is toothpaste an essential product? Are takeaway food outlets performing an essential service? What about those who make labels for food items or bottles for sanitisers? Are white goods for kitchen essential or non essential? Are AAA and AA cells you use in your remotes essential during a lockdown period? These are questions that have cropped up in discussions between state, district, and local administration officials and representatives of manufacturers, big retailers, online players and logistic companies at different points.

And this does not even include the work-from-home essentials – laptops or routers or printer paper and other such stationery. Even newspapers have been subject to much debate. Ostensibly, newspapers are allowed to be delivered. But many people find that newspapers have stopped in their colonies because delivery boys are being actively dissuaded for the period of the lock down.

On the 31st of March, a good seven days after the PM announced the lock down (and over 10 days in most states because they had implemented the lock down in their respective states from 19th itself), that definition is the prime reason why one can see widespread shortages, panic hoardings, erratic supplies, wide price fluctuations in a wide range of goods that many families think as essential.

Much before the PM’s speech of 24th, factories, retailers, logistic companies and corporate offices knew that some sort of restrictions were going to be put in. The work from home advisories, the state level lock down guidelines were all coming in. Then there was the announcement on March 19 where the PM appealed to the citizens to maintain a self imposed Janta curfew on 22nd March from 7 AM to 9 PM had already made many people skittish.

Many had started hoarding dry groceries and other stuff like chips, cold drinks etc preparing just in case anything major was announced. Families which had the time and money to spare rushed to grocers, ordered online and generally stocked up. Households that did not have ready cash (after all two thirds of the month was over), tried to buy the absolute essentials they could stock up.

Because the Home Ministry had given out only very broad guidelines, there was a lot of ambiguity and stress in the system and some of it still continues. Suspicious officials — both state level and district level — discussed in great detail and multiple times what should be included and what should be left out of the list of essential products and services with private sector organisations. Manufacturers, retailers, online players and transporters wanted to include the maximum they could in this list. Administration officials, justifiably worried that the system would be gamed, wanted to restrict the items.

This led to bizarre discussions and debates. Essel Propak is probably the biggest supplier of laminated and Coex tubes for the FMCG and Pharma sectors. It has six manufacturing outlets in the country (apart from those outside the country), and therefore much of its factories should have continued running when the lock down was announced as it was a crucial supplier to what almost anyone would classify as essential goods. In reality, it found that all its factories came to a complete halt as soon as the Prime Minister announced the lock down. The problem was that the states, in the absence of clear central guidelines or a discussion with the union government, had to make their own decisions on the definition of essential items. And different states took very different stands.

So one of its Maharashtra factories was allowed to start working within 48 hours, after protocols for ferrying workers, physical distancing in the factory premises, scan protocols to check if anyone coming to work was showing any symptom or not had been agreed upon. The one in Goa took almost a week to get back on track. Its factory in Assam is still at a standstill because the authorities there have taken a much stricter view of what will be allowed to function. Finally, while many states agreed that it was mostly producing packaging for essential goods, one state had problems with allowing toothpaste into the list of essentials. It took almost 6 days to get that permission for that specific state.

ITC faced fewer problems at least in its factories that concentrate on food items. But even it faced trouble for a few days in its distribution. Medium and smaller companies found it much harder than ITC or HUL to operate freely. Given that even the ITC food operations are working at no more than 40 % capacity, this says a lot. Smaller companies say they are functioning at 15-25% capacities. (Some of this is because of labour and social distancing protocols being followed but that will be discussed in another instalment in this series).

The big online players – Amazon and Flipkart – faced similar problems in their discussions with state, district and local authorities. What could be moved out of their supply centres and what needed to be put back different everywhere. As mentioned, there were discussions on whether baby foods and diapers were essential products or not. What about aids for the elderly? (One of the big online players found that though there was a huge spike in people buying stuff for their elderly family members staying in a different city, the orders either had to be cancelled or put on cold storage until authorities were convinced).

The broad guideline given to states initially was that hygiene and food products should be included in the definition of essential goods. But foods is a wide category – are chips and cold drinks essential products? Are chocolates or Salami or sausages? Are sweets essential products? (At the time of writing this article, apparently sweets have been considered essential in West Bengal at least where sweet shops have been allowed to open their shops).

Even when an agreement was hammered out at the state level or at the district level, things did not move smoothly because the policemen tasked with enforcing the lock down did not get the message – or had their own biases. One of the big online players told me that their delivery partner were routinely stopped in one state if they tried to deliver baby products like baby powder or diapers. Another gave an example of policemen stopping delivery partners and opening their packages to inspect that they were actually delivering essential goods.

Goods already out for delivery but stuck because of the lock down were often sent back by policemen who did not want to take any chances.

Social hierarchies also came into play. A woman or man who drove a car to a Big Bazaar, Spencer or any such big physical retail outlet would often not be stopped if she or he stocked up on stuff like crayons or clothes or shoes which did not fall in the category of essentials approved by the state. But if a truck or a delivery boy tried to deliver these from a warehouse or a fulfilment center, he would be stopped.

In some areas, while mutton, chicken and eggs have been allowed to be stocked, in reality policemen are persuading shopkeepers from stocking or selling this during this period. In some states, restaurants were initially asked to close down – but after some days, were suddenly allowed to start functioning provided they only did deliveries and did not serve customers in their premises.

Delivery permissions also were handed out in a miserly fashion in many cases. Some online grocers got permission initially as did online multi product outlets provided they did not use these permissions to deliver anything but food and hygiene items.

Later, food delivery services like Swiggy and Zomato also got limited permission. One state, after an initial crackdown, decided to open up everything. So they allowing all vegetable stalls to start functioning, whether these were organised players or just street side stalls and Thelawallas…

Again, policemen largely decided what should be allowed and what should not be allowed in a particular locality. More than that, the big organised players had the ability to talk to administrations, organise for curfew or lock down passes for their employees to move around, and handle the hourly crises that would crop up. Others were not so lucky. Some small manufacturers found that while they were technically producing essential goods, they could not get these into the market because their suppliers of bottles, caps or labels had not managed to get permission.

With exports and imports more or less stopped on tracks, even essential goods manufacturers who had to depend on inputs from other countries found themselves in trouble. One manufacturer of high quality masks and air purifiers, AirOK, had to halt production as one small part was sourced from China.

Transporters and logistic companies also found themselves stuck in one border or the other as states battened down or quibbled over what is an essential good and what is not. (The union government, two days ago, has allowed all transportation of all goods, both essential and non-essential, to happen freely across states. In practice, things have not started moving smoothly yet.)

Things are getting better as solutions are worked out and states and the centre start coordinating more. But don’t be surprised if the pain lasts for some more time.