Of Pithy Slogans and Makeshift Policies 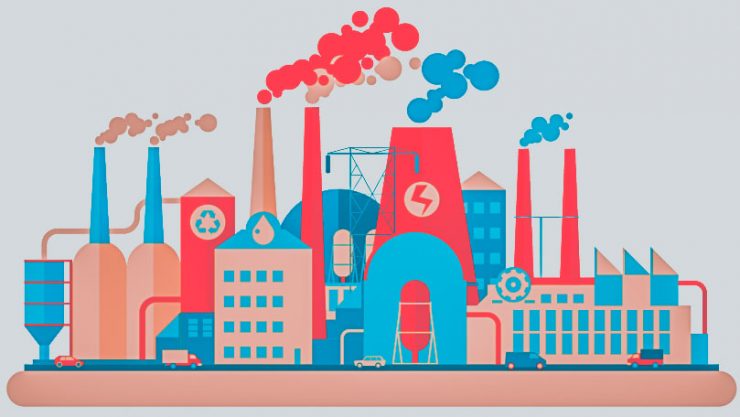 When Prime Minister Narendra Modi announced in his latest address to citizens the big new thrust to making India Atmanirbhar or self-reliant and how this century would belong to India, he was actually rephrasing things he had said earlier.

Shortly after forming the government at centre in 2014, Prime Minister Modi had announced the Make in India programme, which would make India the factory of the world which could compete with the likes of China. His vision had generated enormous buzz and media coverage. Industrialists praised. Industrialists fell over themselves to praise the initiative to the skies and and commit large investments, very few of which would actually materialise in the next five years.

A few discerning policy watchers had pointed out that much of what the Prime Minister had announced was really the UPA government’s new manufacturing policy of 2011, gussied up to look like a brand new product.

It was perhaps understandable why the Prime Minister had only repackaged an old UPA policy to present it as his grand Make in India programme. The new government had just taken charge and it could not have framed a new policy so quickly. So it was ok to make an announcement first, coin a catchy slogan, and then let his cabinet work together to develop a policy that would deal with the nitty gritty.

In 2020, it is not quite easy to understand why a brand new manufacturing policy could not materialise in his first term, or even in the first year of the second term. The fact is that in six years, the UPA era industrial and manufacturing policies have only been tinkered with multiple times, instead of bringing out new updated policies that are suited to the goals that have been articulated.

India’s last industrial policy was framed in 1991 when the then government started economic reforms and its last manufacturing policy was announced in 2011.

In 1991, the PVR Narasimha Rao led government had unveiled a new brand new economic doctrine that envisaged the end of the infamous Licence Raj and the opening up of all sectors. The Industrial Policy had laid the broad framework for the same.

By and large, the framework was used by successive governments to push through economic reforms and open up different sectors. Whether it was the AB Vajpayee-led NDA government or the two Manmohan Singh UPA governments, the industrial policy was the provided the guiding framework for the step by step liberalisation of the economy. 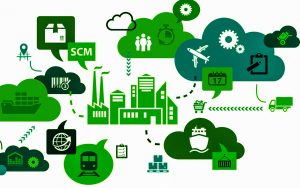 In 2011, still reeling from the global financial meltdown triggered by the Lehman Brothers collapse and the sub-prime crisis, the second UPA government had started looking for ways to revive the “animal spirits” of the industry and also make manufacturing, which had played second fiddle to services after economic liberalisation, more important. While services had led to a sharp growth of the economy, the UPA2 team knew that it had missed the bus in manufacturing. China had based much of its growth on cheap labour and highly cost effective manufacturing at world scale and policy makers felt that India’s manufacturing weaknesses to be addressed. The great attractiveness of beefing up manufacturing was also the kind of jobs it would create.

Prime Minister Modi’s Make in India was essentially old wine in a new bottle, with the same ambitious goals (25% share of  GDP coming from manufacturing by 2022, and 100 million new jobs created through this), and the same problems.

Since his first announcement, while Mr Modi has flogged the slogan, it has not made much difference to India’s manufacturing capabilities. There has been plenty of tinkering on the policy front, with modifications, amendments and explanations coming all the time, but no real effort to understand why manufacturing still constitutes just about 17-18% of India’s GDP, and why new jobs are not being created.

In some cases, India’s dependence on China’[s factories has actually gone up as Indian manufacturers prefer sourcing from the Middle Kingdom and do nothing beyond assembling in the country. In some sectors, India has managed to get manufacturing going – including in assembling mobile handsets, and in consumer durables and also FMCG.

However, many experts have pointed out multiple times that both Vietnam and Bangladesh have managed to become more competitive than India in manufacturing a host of products.

So what is holding back India’s place in the Sun as a manufacturing hub to the world? One of the reasons, say several economists as well as industrialists, is that India has not focused on specific industry verticals but tried and therefore has no proper idea about how to become a global hub in specific industries. This has resulted in resources being scattered over multiple industries but no sector getting focused attention or policies that can make them truly competitive.

There has also been the constant tug of war about what is more important – creating of lots and lots of jobs or creating globally competitive big scale factories. There was a time when manufacturing automatically meant large scale job creation. But of late, with the technology revolution, a lot has changed.

Big factories aiming for the global market now depend heavily on robotics and automation and try to reduce their dependence on cheap labour. On the other hand, small and medium industries create lots of jobs, though not necessarily the best paying ones. SMEs are also not often globally competitive in terms of price and quality, though there are exceptions.

The fact is that the National Investment and Manufacturing Zones never really took off and neither did their variants like Export Processing Zones.

The GST, while a big tax reform, also played a dampening role in manufacturing investments. Before the GST system, states had flexibility in offering tax holidays to attract investments, which is now not possible.

Beyond that, there have been other problems largely caused by the government trying to find solutions for one set of distressed stakeholders or the others.

For example, in most industries, the interests of component manufacturers often collide with interests of final producers. The interests of big, organised and integrated players are often at variance with those of the smaller firms. Trying to use import duties to protect one often makes another set of players in the same industry uncompetitive. And the fact that import duties change quite often depending on who is crying for help at the time has meant that no player can bank on a set of stable policies for long term planning.

There are other hindrances as well – land, labour and infrastructure. Power costs are too high and land is often difficult to get. Clearances take time, and turnarounds at ports are still slower than the best countries. All these lead to manufacturing becoming uncompetitive.

It is not that the government does not know all these problems. From time to time, it has tried to fix one problem or the other. It has made reasonable progress in infrastructure (power production, roads, port turnarounds) but failed in land and labour, both of which are largely under the aegis of states. To really reform them, it needs to sit with states like it did for the GST reforms. But politics have often hampered centre state relationships.

Most importantly, it needs to decide on the choices it needs to make. Large scale vs SMEs, finished, value added products or low value intermediaries, domestic sourcing being more important or value addition being the primary goal. Encouraging domestic entrepreneurs or allowing foreign investments. Some of these might not be either/or choices but it needs to think of them hard and build a truly coherent policy that would work seamlessly.

Most important, it needs to also make laws that are not changed every time there is a complaint from one set of players. Policy uncertainly has been India’s  biggest problem in recent years with polices being announced and then rolled back, notifications coming out followed immediately by clarifications that signal a change of priorities.

Without these, we will always remain a nation with catchy slogans and eye popping goals but with no real manufacturing competitiveness.