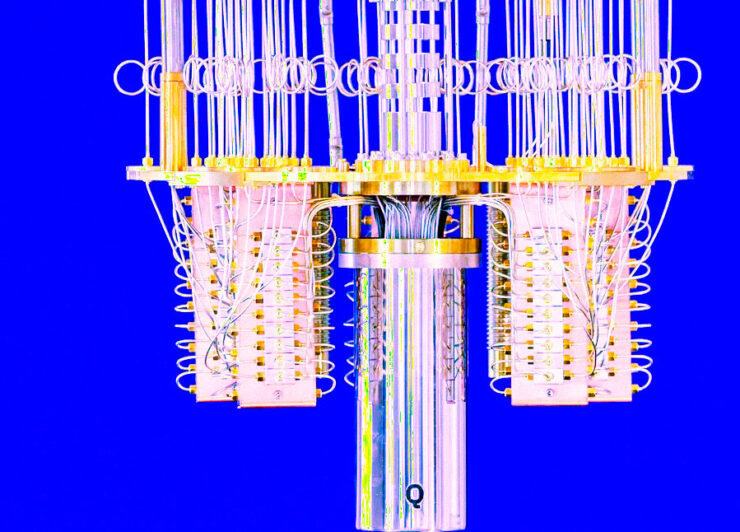 AI will achieve its potential only when quantum computing becomes practical.

Despite the buzz about the progress and applications of artificial intelligence (AI), most serious technology researchers will tell you that even the technology is still at its infancy in practical terms. AI programs may have beaten chess champions, the world Go champion and even written an opinion piece for The Guardian but really intelligent machines that can routinely beat humans in everyday tasks are still some time away. The research labs of the biggest tech companies in the US, EU and China as well as university research departments, government research centres, defence research organisations and all manner of start ups are trying their best but they are progressing slowly.

For many technology observers, AI will not reach anywhere near its full potential unless another technology – Quantum Computing — moves out of laboratories into everyday life. That is why there was so much excitement and scrutiny when, in October last year, Google researchers claimed to have achieved Quantum Supremacy. That is, they built a quantum computer that could perform a calculation that the most powerful conventional computer could not handle. It was a claim that was met with both a lot of enthusiasm as well as scepticism – with other tech companies in the same race echoing reservations about the Google feat and also talking about their own advances in the field. IBM for example, thinks that Google’s achievement was overhyped and that its own research progress is way ahead. In China, at least one researcher has claimed to have built a quantum computer far superior to the one that Google showed.

Why is the progress of AI intertwined with that of Quantum Computing? For that, you need to understand the main hurdles that have caused the glacial progress of each technology. Despite the recent buzz about them, both technologies are fairly ancient in terms of their origins. The term Artificial Intelligence was coined by John McCarthy, a US computer and cognitive scientist in 1956. He defined it as the study of the science and engineering of intelligent machines. Fellow computer and cognitive scientist Marvin Minsky, the co-founder of MIT’s AI laboratory, was quite gung ho about quick progress in the field. He thought that within a generation the problem of creating artificial intelligence would be substantially solved.

Actually, the progress in theoretical AI was quite substantial over the next half a dozen decades. However, few practical applications could be developed because of two major hurdles. The first was the absence of large amounts of data. The other and bigger hurdle lay in the progress of computing power. Though conventional computers were becoming ever more powerful, they were still not powerful enough to run practical AI applications as we know it. It was in the past decade that both those problems got sorted to a large extent. As more things from phones to cameras went digital, the generation of digital data exploded. Equally, cloud computing allowed data to be collected and kept for analysis, especially if they resided in public clouds. Computing power also reached a stage where powerful AI applications started becoming possible, at least in the biggest tech companies. Thus Apple’s Siri and Amazon and Google’s recommendation engines became more intelligent. Areas such as machine learning, visual and voice recognition technology and others became increasingly better in terms of applications available.

And yet, most AI technologists will tell you that what we have seen is actually nothing compared to the application possibilities if better computing power is available.

here quantum computing comes in. The idea of quantum computing – the use of the principles of quantum mechanics to create a quantum mechanical model of the Turning Machine was proposed by physicist Paul Benioff in the early 1980s. Conventional computers work on binary bits – which exist in one of the two states, zero or one. Quantum computers on the other hand are made from qubits – where apart from these two states, you can also hold the states of zero and one simultaneously. Quantum computers, though still in embryonic stage, hold the promise of computing power that can exceed anything that the most powerful conventional supercomputers can handle today. In theory, they have the potential to solve computing problems currently considered unsolvable.

The problem is, qubits are highly unstable and can be affected by even the slightest of disturbances. This makes it pretty hard to develop anything practical from them with our current state of technology. Despite all the current hype by Google, IBM, Microsoft, Intel, Baidu or Alibaba, the fact is that quantum computing is too complex a subject to develop practical applications from quickly.

So researchers across the globe are creating neural networks that will help speed up development of quantum computing. They are hoping that AI will help them speed up development of the first generation of practical quantum computers, which are considered at least a decade away, if not more. On the other hand, if practical quantum machines are built, they hold the promise of helping deep learning AI models improve exponentially and do the stuff that is possible only in science fiction currently.