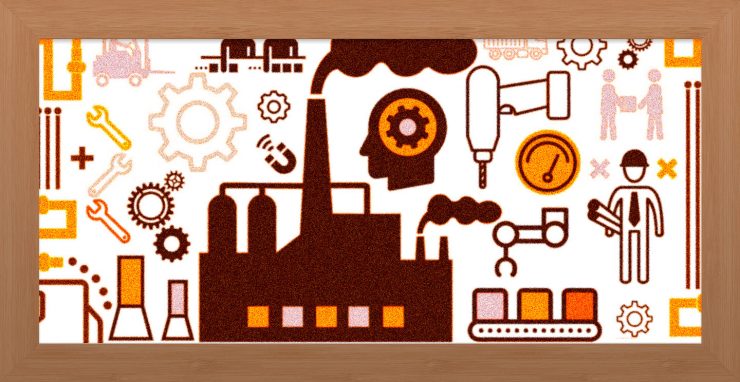 India cannot become a manufacturing hub unless the union and state governments are on the same page. That is a difficult task but not impossible

Elected leaders, in general, decide on policies with short term profit in mind. You cannot blame them because they have to go back to the voters every five years (in most democratic countries) to ask for another term. This, in turn, often means that long term planning and policies that will show results after a decade often get the short shrift.

This has been one of the biggest hurdles to India becoming a global manufacturing hub despite our obvious demographic and natural resource advantages. There are two other hurdles that also hamper long term policies that will help manufacturing. One is the federal nature of our democracy – which means that the centre and state has to be on the same page in a host of policies (land acquisition, labour laws etc) before any real progress in manufacturing takes place.

India, as a democracy, will always have to ensure that the union government and the states work together unlike say, China, which as a communist dictatorship could ram through changes without bothering about niceties. India is also big and complex, and therefore many things that were possible in smaller countries like Taiwan, Korea or Vietnam are not as easy here.

The final one is that even cabinet colleagues often do not act in concert towards a common goal because not every ministry’s goal is the same or even if they are, they do not always work closely together. One corporate leader pointed out to me that in India, the constituency of the road transport or railway minister often played a bigger role in the highway stretches or new trains being announced than any economic rationale like linking an industrial cluster to the nearest port. Sure, economically important linkages are recognised by Indian governments – but they are often not accorded the same level of priority that many other short term projects do. One good example is the tardy progress of the Delhi Mumbai freight corridor, which has been delayed incessantly by red tape, bureaucracy and other issues though work had finally picked up speed just before the Coronavirus pandemic and lockdown brought it to a halt again.

For India to become a proper global manufacturing hub, a number of things will need to come together – and for that, policy makers at different levels and geographies will need to buy into both the big picture as well as understand how the different parts fit together. It will also mean making choices – about what kind of industry to promote and what not to encourage.  The centre will need to work on areas such as export incentives, tax rates – both GST as well as import duties – and finally on bilateral trade agreements that allow our exporters a proper chance of penetrating those countries. It will also have to work on power reforms and other infrastructure reforms so that manufacturers do not start with a higher cost structure.

State governments have their own crucial role. Without land and labour reforms, the manufacturing dream will be still born. Labour reforms should not be knee-jerk of the kind we saw immediately after Unlock 1. They should focus on how to protect the interests of the workers without necessarily making it inflexible for the manufacturer.

Together, the Union government and the state governments will also have to reduce the number of compliances that a manufacturer needs to grapple with. A recent article in Financial Express pointed out that a FMCG firm had 6700 compliances to deal with.

Most importantly, once the broad goal has been agreed upon, the policy makers need to resist the temptation to constantly tinker with them. Tinkering with laws has long been a problem that all businesses operating in India face and that has only gone up in the past few years. Consider how many notifications, minor tweaks and clarifications have taken place after every single new policy has been announced or a new law been introduced, and the number of rollbacks that have taken place. A cursory glance at any ministry website today will show you that some laws have seen new notifications as often as three or four times in a single week.

Is that an impossible goal given that no politician is sure that he will be re-elected and that his policies will not be overturned? Or that the centre and a state have different political ideologies?

I do not think it is as difficult as it is made out to be and two examples should suffice. The first generation economic reforms starting 1991 were triggered by a domestic economic crisis. But India became a fast growing economy only because the NDA government led by Prime Minister Atal Behari Vajpayee had the same broad vision about the direction of the economy that was set by the government of Prime Minister P V Narasimha Rao and his Finance Minister Manmohan Singh.

Similarly, replacing the different state excise and VAT duties with the all India Goods and Services Tax (GST) would never have been possible if the state chief ministers had not agreed with the union government on a broad set of principles. (It can be argued that too many compromises were made because of this which led to an inefficient GST and a highly flawed execution but that is another matter. GST was passed only because everyone finally got on the same page).

Prime Minister Modi’s government is in an ideal situation to hammer out a set of long term policies that will help India become a globally competitive manufacturer a decade down the line. Mr Modi enjoys the kind of majority in Parliament that none of the recent governments have had. His own standing within the BJP is so high that he will easily be able to get his cabinet colleagues aligned to a common goal.

The BJP is also in power in a number of states – and part of the government in several others. But more than that, the broad economic policies of the BJP and the Congress have not been too different for a number of years. From GST to FDI, both parties have opposed certain measures while in opposition only to try and push it through once in power.

Most important, the Modi government in its second term still has a good three years more before it needs to show results. It has just completed one year, and with its majority at the centre, it does not face any great threats to the government till the next general election rolls round.

The question is, will Mr Modi take the kind of long term view that is necessary? So far, he has shown that he is capable of taking big decisions, both good and bad. (In the view of this writer, demonetisation was the perfect example of a bad decision taken hastily while the Bankruptcy Law is an example of a good law). But he does not often consult states and his government is also prone to keep making too many changes to laws that create a lot of uncertainty for businessmen.

Once the current set of crises (the Coronavirus pandemic, the tensions with China at the LAC) are over, one will know whether the Prime Minister is actually keen on pushing manufacturing centre stage in his second term or whether Atma Nirbhhar and Local for Vocal will remain mere slogans as Make in India was.